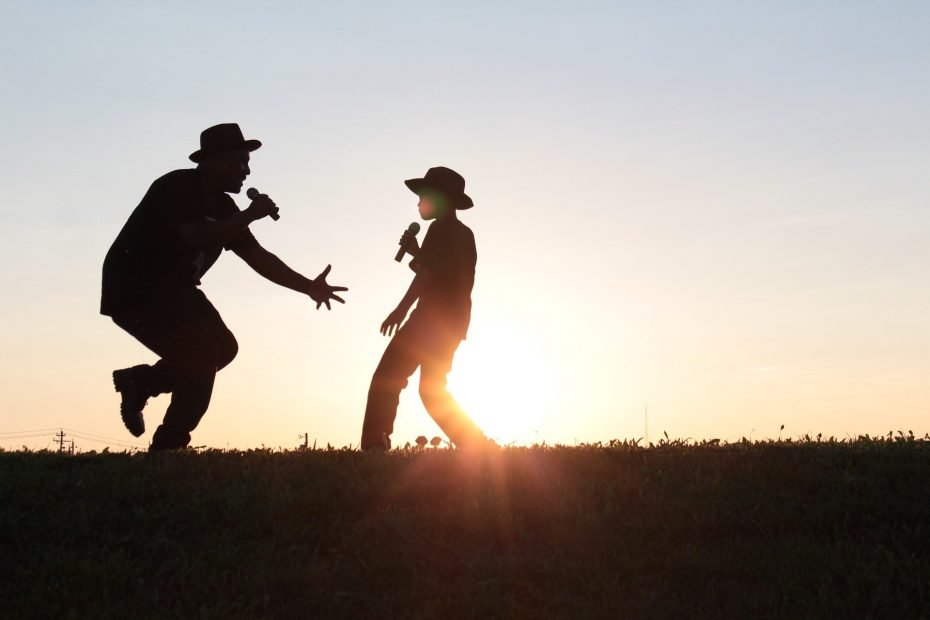 We will be discussing some significant trademarks of the two (actually three) different styles. Just to shortly mention this: jazz and pop singing is not the same! In fact, it is very different, but we aren’t talking about virtuosity or style, but about the sound of the tone. Generally speaking, Jazz is a bit softer than pop, but they are quite similar when compared to Classical singing. In that context, I will be putting Jazz and pop into the same boat.

Classical singers sing louder than pop/jazz singers. Back in the days, in „bel canto“ times, the singers had to sing over a whole orchestra without amplification. This is also why they sing loud from the beginning to the end, there was no room for dynamics in the piece!

If they would begin soft at the beginning of the tune, no one would hear them. Looking at jazz/pop ballads, for example, the dynamics of the pieces, and the voice, often start soft and low and build up in pitch and loudness throughout the song. Both, powerful vocals and very soft, intimate lines are fundamental in pop/jazz music, while classical singing has to be continuously strong and with stamina, in order to be heard.

I talked about the different larynx positions in my previous article already but just to mention it shortly: When you sing with a low larynx, the space in the vocal tract gets bigger, so has more room for resonance and is therefore louder.

In pop music, we sing very conversationally. The emphasis is on the lyrics and on the communication, which differs from jazz singing, where it’s more about the notes you use, the phrasing than about the lyrics. In classical singing, there are very clear voice types, to which one is assigned on the basis of the voice color. These voice types decide what repertoire the vocalist sings.

These voice types can also apply to vocalists in the pop/jazz world, but that’s not so common. In pop/jazz we talk about voice registers, and especially, blending these. We try to get a smooth transition from our chest voice to our head voice, using the chest voice until we go quite high.

Around the passagio/vocal break, you can use both, chest and head voice. They have very different flavors that are often used as an effect and on purpose, which is not the case at all in classical singing. There you concentrate on keeping the same rich, deep and loud sound from your lowest note to your highest note as well as in different vowels.

Breaking it down to the basics in a simplified form, one can say that:

This isn’t always the case, of course, it depends on the composition, the singer, the melody, the lyrics, etc. but it’s a vague direction.

Music that is played in a smooth and continuous way

Musical notes that are short and separate when played.

In contrast, classical singing is rather pure, sounding clear, loud, strong, with vibrato, and in the same timbre no matter the pitch or vowel.

Both ways of singing are an art, and one is not better than the other, but they are very different and you should always keep that in mind! When you, for example, want to have singing lessons and want to sing rock, R’n’B or funk, don’t go to a classical singer, and vice versa. If you want to learn classical singing, never ask a pop vocalist!

Back in the day, starting around the 16th century, the Italian “bel canto” school became popular. This singing style is based on an empirical teaching method that became quite controversial today.

Empirical teaching is based on observation or experience, rather than scientific facts and knowledge.

How it was taught

The Conservatorium-type teaching model from the bel canto times involved daily tuitions and it was permitted to practice alone. This was supposed to prevent incorrect singing techniques and serve to do justice to the particular style. The teacher supervised all practices and basically schooled the students to recognize and accept those sounds that the teacher preferred rather than the ones that the singers themselves would find nice.

According to Janice Chapman, the empirical school only worked for talented singers, less talented singers couldn’t adapt to the sounds the teachers were demanding, which was most probably due to vague descriptions and no knowledge about the physiology.

Manuel Garcia revolutionized the understanding of vocal arts! He developed the so-called „mirror laryngoscope“ in the mid 19th century.

Mirror laryngoscopy is basically a method to inspect the pharynx and larynx using a small, curved mirror. Through this invention, the voice could be viewed in action, for the first time, and physiological, anatomical, and scientific knowledge started being developed. Vocal problems could be traced back to physiological processes and were understood. Furthermore, a more common language developed and clearer explanations about vocal events could be given to the students.

The teaching of singing has changed significantly in the past 20 years. Next to the scientific information, society has evolved and different teaching methods emerged. While „bel canto“ focused on a completely supervised and directed education, the students get more freedom today. Singing technique is taught in the lessons and students are encouraged to practice on their own, observing their body and exploring the voice independently.

Many teachers today see themselves more as coaches who answer questions and give tips, but do not push the singer in one specific direction. Of course, it always depends on the teacher, and I am not saying that guided learning is bad, but especially in pop/jazz music it is important to find an own sound, and that only happens when the voice is explored by the singer him/herself. It’s more about teaching the tool of singing and giving the students freedom to explore their voice and eventually develop their own sound.

An original and unique sound is what rules in pop music, you want to be recognizable! Your voice’s sound is influenced by many factors like embellishments, pronunciation, intonation, accompaniment, arrangement, volume, groove, timing, phrasing, and many more. It is about finding out your strengths and weaknesses and putting them to use wisely.