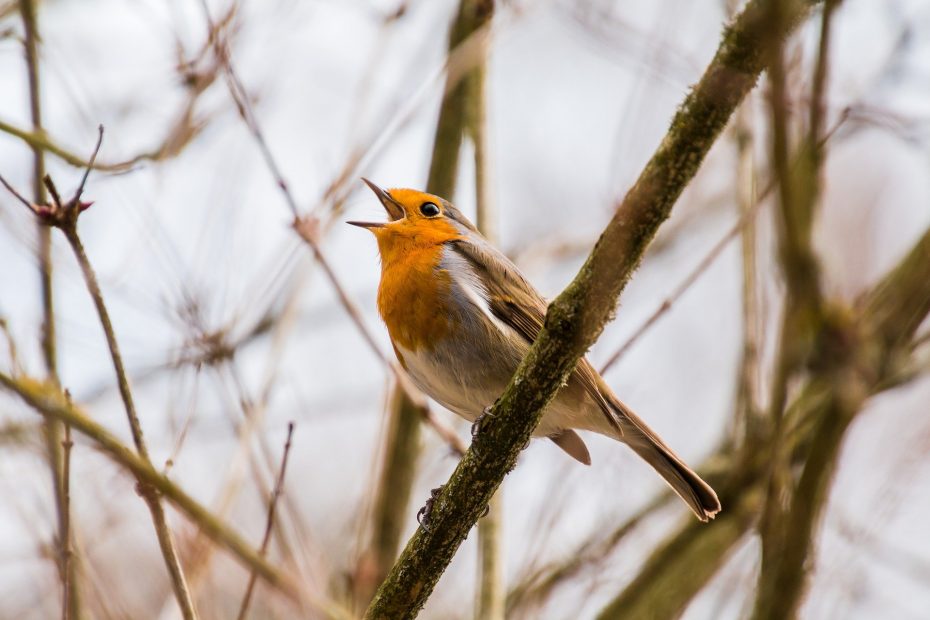 When we hear someone singing with vibrato, we hear a tone with regular fluctuation: it’s not `straight´ but slightly changes in pitch and volume. It can give the voice a warmer and more relaxed sound, and can increase the volume. This voice quality can be a natural phenomenon, but also a sort of effect being used consciously.

A change, or the process of changing, in this case the tone intensity, continuously.

Whether or not you have vibrato, depends on the breath support you use, while singing. Through proper breath support and a relaxed throat, it is possible to actively create and modify the vocal quality and give certain notes more intensity. Due to the fact that the sounding note physically loses intensity, because airflow, volume, and pitch fluctuate, it can be of discussion whether the term „intensity“ is a correct description of Vibrato. But for me personally, vibrato adds intensity to specific notes!

Vibrato and style – matter of taste

If a singer uses vibrato, and how much of it, depends on the musical style and is a matter of taste. Classical singers use it more than Pop/Jazz singers for example.

In classical music, singers sing without amplification, and need vibrato, in order to be heard. Jazz Singers strive for a more instrumental sound, imitating trumpets, guitars and other Instruments.

In contrast to that, gospel, soul and musical singers, use rather strong vibrato, individually changing from singer to singer.

Geographical differences can also be the root of other vibrato use. French chanson singers for example often sing a fast and narrow vibrato.

Why is Vibrato used?

Vibrato can be a tool of musical interpretation. As mentioned above straight notes have more intensity, but notes with vibrato can be perceived as having more character. It is important to know that one is not better than the other, the magic is to use the contrast of straight and vibrating notes, deliberately. Vibrato can be relaxing for the throat muscles and sometimes for the listeners as well.  Next to that it can also serve a practical purpose: it makes legato singing easier and smoother. Here it is important to modify the speed and width of your vibrato to the tempo of the song though!

Used to describe music  that is played in a smooth, continuous way.

How it is created

Vibrato is created when the muscles attached to the larynx vibrate sympathetically with the flow of breath. Whether or not you have vibrato is determined by the amount of air pressure you use while singing. If you can sing with a natural vibrato, especially at the highest note of a run, that’s a sign for the correct balance of tension: so there isn’t too much tension around the larynx, and tongue and proper breath support. Too much tension on the larynx and tongue arise through the lack of breath support and result in no vibrato.

Human ears perceive vibrato unattractive if the deviation in pitch is less than 4 Hz or greater than 7 Hz.

A unit for measuring frequencies, the number of cycles that happen every second, in this case concerning sound vibrations.

1 thought on “Singing with Vibrato”